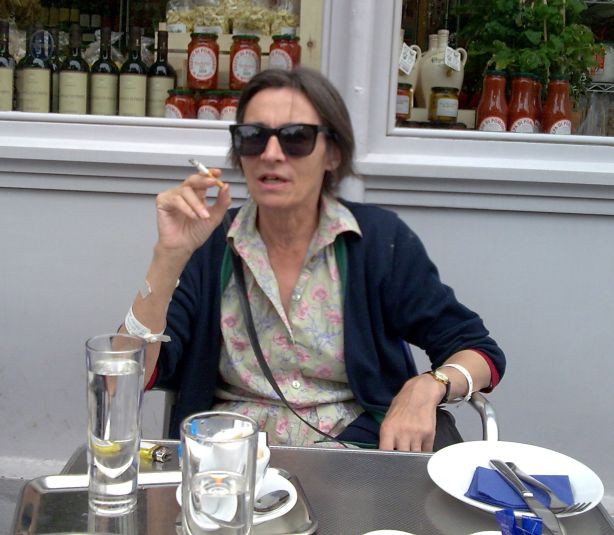 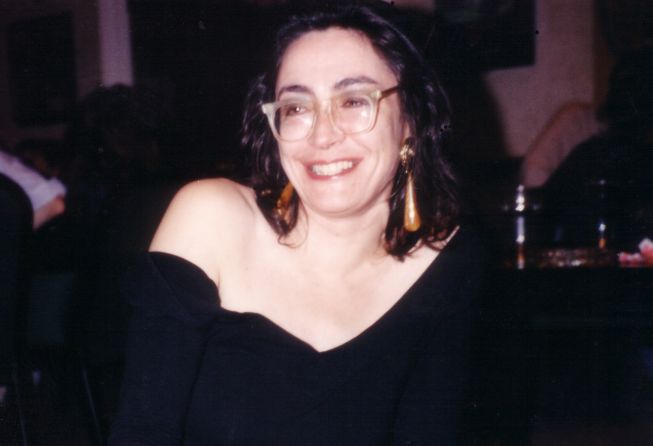 Taken by Arnold Akien at a late-1980s convention, perhaps Novacon 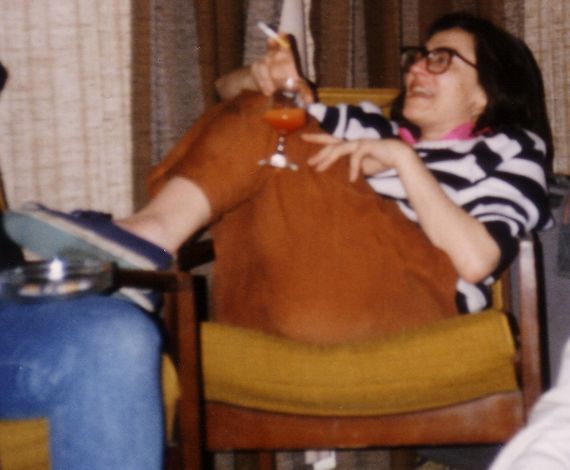 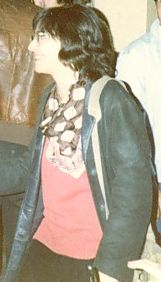 Self-description, 1992: "Personal details: 41 years old, single, freelance writer (not sf, in fact not fiction at all)/editor, struggling under the recession, but just surviving. About 5'5", shoulder-length ratty black hair, last pair of genuine NHS glasses in captivity. (But not for much longer, since until October I have a certificate entitling me to some money for a new pair because I wasn't earning earlier in the year. That could be the last in captivity too, so I must use it.) Politics: old-fashioned Labour democratic workers'-rights-and-Welfare-State socialist, with that wicked anarchist streak all us 60s children seem to have. (Like, I believe in co-ops, and my reaction to schools being encouraged to break away from local council control -- 'opting out', a hot issue here, is, well, let's use it to start our own self-governing schools.) Fan background: fanzine editor since 1979, committee member for four out of five Mexicons, founder-member of the team that ran the newsletter at Confiction, flatter myself that I get on with pros and the saner conrunners as well as 'fanzine fans'." (Letter to Jeanne Gomoll, 27 August 1992)